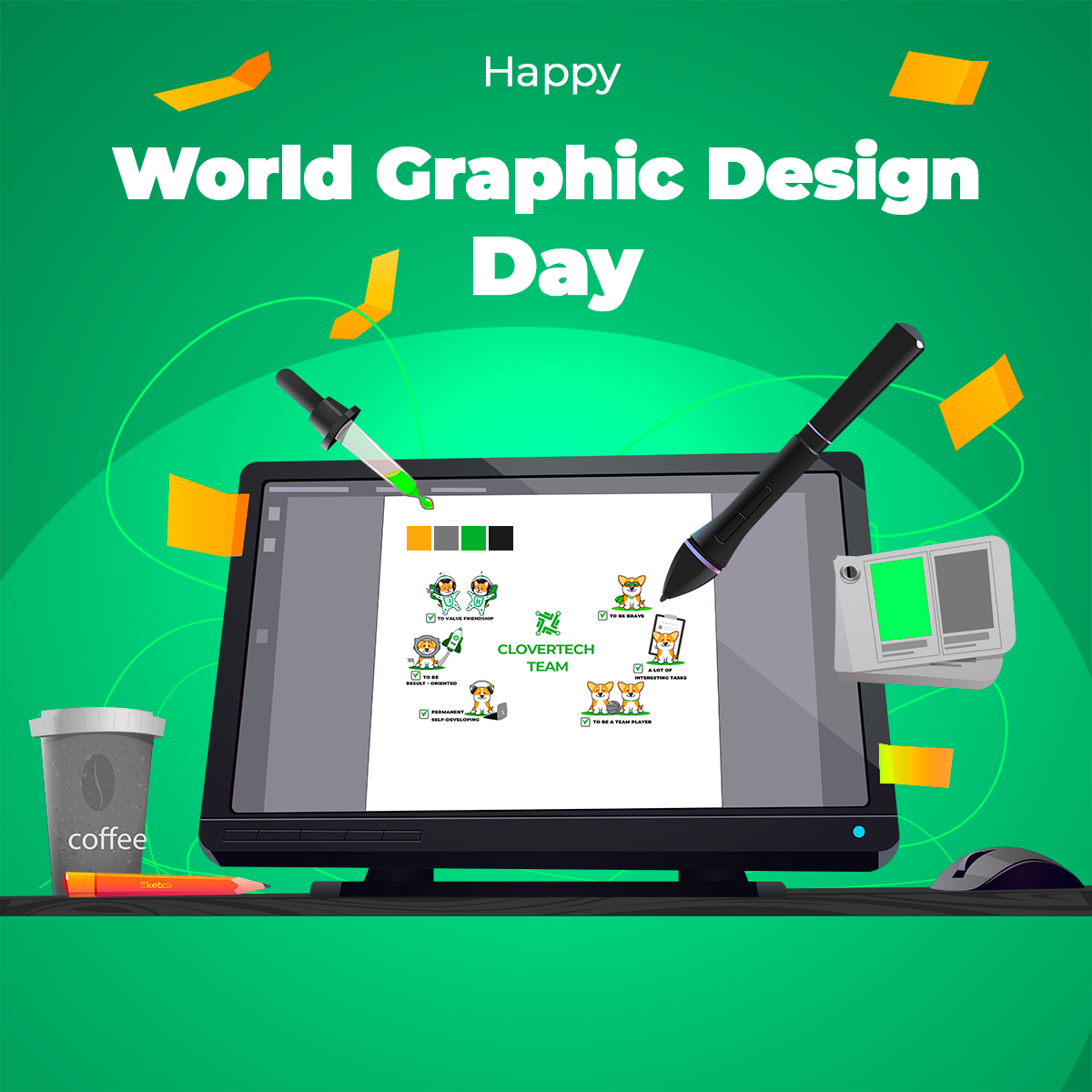 We have collected the most interesting facts from the history of graphic design and want to share them with you!

Graphic design surrounds us everywhere: from morning newspapers, advertising on the Internet, on the street, in stores, various gadgets, social networks – in a word, everywhere!

Design is one of the most influential factors in visualization and human thinking. Let’s take a look at the most notable design moments in human history.

1) Egyptians are often cited as the first logo designers.

In the 13th century, they used to brand domestic animals with hieroglyphs to mark ownership of their animals.

However, Carolyn’s contribution to Nike did not go unrecognized. Three years after Nike went public (1983), the executives surprised her with a party, where she was given an undisclosed amount of shares of Nike stock.  Reports suggest they are worth close to $1 Million.

The font was created in the 1950s by Max Miedinger and is named after the Latin name for Switzerland. It’s popular among designers for its clean, bold, and modern look.

4)According to numerous graphic designers around the world, the most hated font is “Comic Sans”, closely followed by “Papyrus”.

So hated in fact, that designer Ben Harmen decided to combine the two to make a super-font; “Comic Papyrus”! Some may argue this is a historical event in the graphic design world!

5) The first edition of Photoshop (Photoshop 1.0) was released in February 1990.

It was created in 1988 by American brothers Thomas and John Knoll.

6) You’ve heard the term ‘graphic design’ countless times before, but do you know where it comes from?

The term was used to cover his entire design process.

They were designed to identify and protect workers and prevent counterfeiting. Exactly like the Watermarks we see today!

It was created by 60-year-old British computer scientist Tim Berners-Lee.

9) The first copies of the U.S Declaration of Independence were printed using the font “Caslon”.

This font was designed by British typographer William Caslon.

10) In 1932, The Museum of Modern Art established the world’s first curatorial department devoted to architecture and design.

Previous Topic
How to Launch a Great Game
Next Topic
How to Stay Productive for Working From Home During the COVID-19. Tips and Tricks