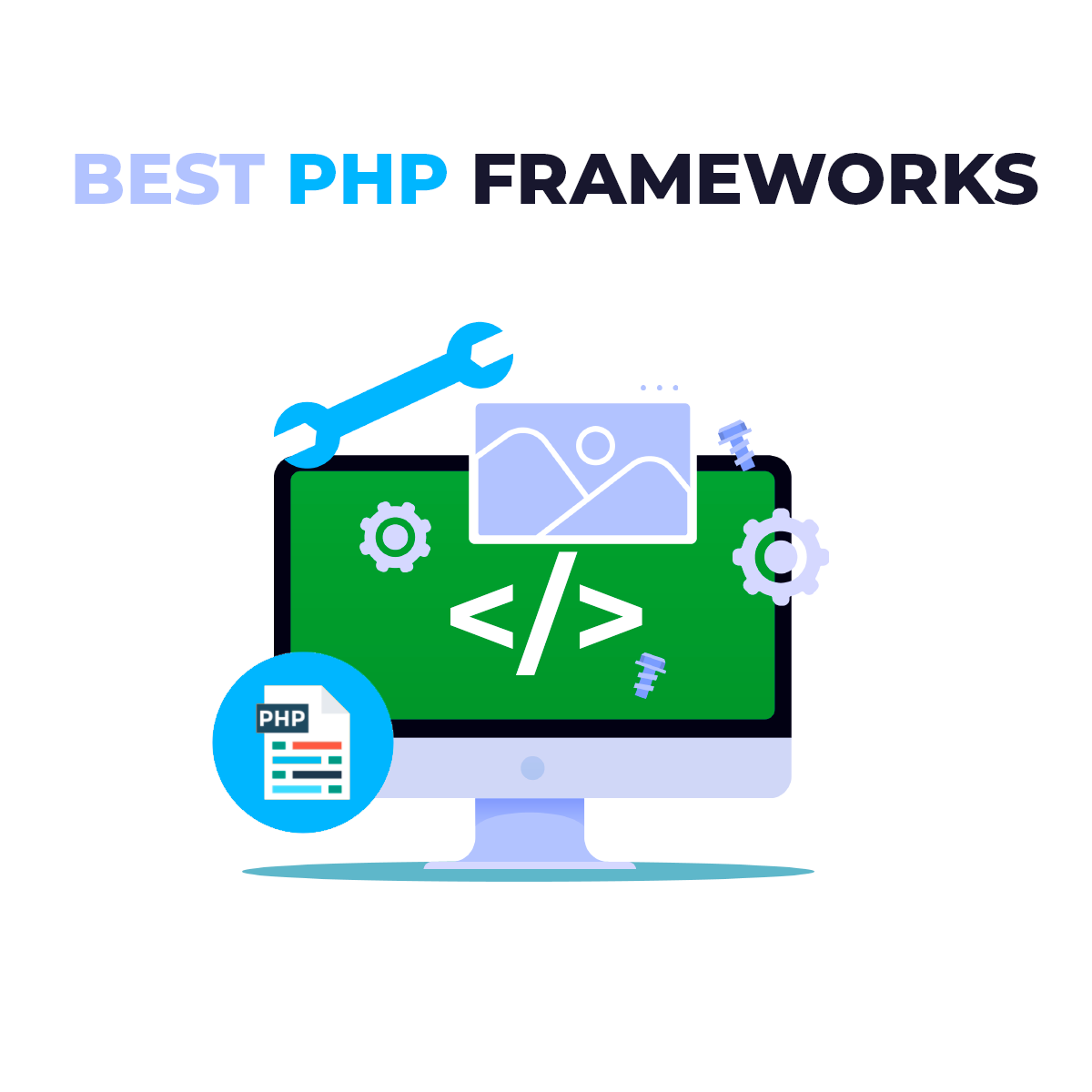 Frameworks usage always eases and hastes the development of any mobile application or website significantly. The point of the process is in a partial automatization of code writing, structure of an innovation program solution forming easing, and minimizing the difficulty of combining the project parts where it comes to a soft. The specifics of the PHP structure have made Rapid Application Development available for the developers. The method’s approach is about making the working environment for the developers more comfortable and rapid, as well as removing any restrictions of a specialist’s opportunities.

The next important advantage of any PHP framework is the low entrance barrier for the newbies, compared with other programming languages. Certainly, there are lots of such frameworks, but there are several of the most useful and popular ones available for PHP developers.
For this article, we have prepared a list of useful PHP frameworks for our readers.

This framework is surely one of the favorite ones amongst developers. Moreover, it’s the most popular framework all over the world. Laravel is mostly used for the most difficult sites and applications development, being, at the time, one of the oldest structures of such a kind, launched in 2011.

The first and most significant advantage of the framework is its security level.  Solving the problem of PHP framework security, its developers understood the two main safeness problems – SQL injections and cross-site scripting. The first problem has been solved using ORM, and the second one’s resolution is the forbidden HTML-tags escape and the normal text output with no ability to execute the screen string.

The framework’s other advantage is the blade template processor. It is with its help that standardization and using the same template in different parts of an application becomes possible. The component is lightweight too, which means that web page generation performance does not worsen.

The MVC architecture of the platform is worth being noticed, too. It is used to achieve an accurate differentiation between such abstract application layers like a model, controllers, and representation.

But the framework has its cons, too. For instance, many developers find Laravel highly opinionated because the syntax and project structure is enforced. It’s also a somewhat heavy framework because of its many features, making it slower than other alternatives.

Experienced developers quite often choose Symfony, because it is this program that makes it possible to simplify the creation of an Internet resource or application of any complexity as much as possible.

First of all, the framework provides all the possibilities to scale and extend a project’s functionality at the very first stages.

Its setting is quite flexible, too. The framework includes a possibility of integration with different popular CMS and services. Symfony simplifies the integration with the best JS frameworks too. At the moment Symfony platform is used by many popular services, for instance, phpBB, and Drupal.

This framework is one of the best solutions for web application development. It’s an MVC framework based on PHP that helps developers rapidly create new projects, and decreases mistakes amount remarkably.

It fits best for developing program solutions that require simplified coding. The framework’s configuration is simple and convenient, and it helps coding rapidly thanks to its high-performance level.

CodeIgniter’s open code allows developers to make sure that there are no vulnerabilities or unacceptable functionality for the users.
Another advantage is MIT License support. The main term of the license is an allowance for the developers to use the licensed code in closed source software only if the text of this license is included with the software.

Convenient database refactoring. With all of its simplicity, a change in the database scheme contributes to the improvement of a project by saving the informational and functional semantics.

The framework has an amazingly high level of support for PHP Data Objects, which adds to the advantages already mentioned above, a universal interface for accessing various databases.

Nevertheless, CodeIgniter has its disadvantages. It generally has fewer libraries and packages for building new features when you compare it to more popular frameworks and doesn’t offer a stable release calendar, meaning that even security issues can take time to be addressed.

This framework can surely be called the most reliable one since it contains all modern security features, and its codebase has been audited by the Mozilla Secure Open Source program. The platform presents a flexible architecture that provides developers with scalability and modern auxiliary components of the FlashHelper and FlashComponent classes, which makes the framework incredibly convenient for working on web applications and Internet resources.  There are also many built-in features, such as authentication, validation, and localization included in the framework.

Yii was originally created in order to simplify and improve the efficiency of working with AJAX. This framework copes well with caching, which saves a lot of time for a developer. Yii also surpasses all other similar systems in terms of speed due to its almost instant load.

In addition, this framework provides integration with jQuery, which eases the work of a team of specialists on a project, as well as interaction with third-party developers.

Despite all the mentioned advantages, Yii is a difficult thing to learn, especially for newbie developers. This is why Yii is often the choice of experienced professionals around the world.

Zend is often used by large companies to provide high protection and security of the project, provided that it is easy enough for developers to learn. The framework has the following significant advantages: an object-oriented entity, which is expressed in the fact that the platform for the site is not directly an object, that helps reuse the program code; and availability of ready-made answers for solving a large number of problems. There is also a disadvantage since it is impossible to increase the complexity of the code itself.

The framework’s controversial plus was the ability to create your own options in the absence of model implementation. In turn, this fact is usually considered a disadvantage and frightens off most modern developers.

Aura is one of the best solutions for developers looking for self-managed packages. This system provides a standard, but at the same time proven architecture, using which you can create applications that use multiple data sources at the same time. It also includes a detailed guide for beginners. Aura is an excellent solution for working with small REST APIs. The Flash elements and caching connections for websites and web applications are provided by the framework, too.

This framework provides three very important features. The first is multilingualism, which allows you to expand your audience by supporting the maximum number of users. Other advantages of the platform are the availability of caching tools and the ability to route URLs.